What is I2C Communication?

The external view of Arduino UNO R3 is shown below.

The I2C pins are on the upper right of the Arduino uno as you can see in the below figure. It is written as I2C (SCL) and I2C (SDA). Analog inputs A4 and A5 is also available for I2C Communication in Arduino. However, please note that in that case it cannot be used as an analog input. 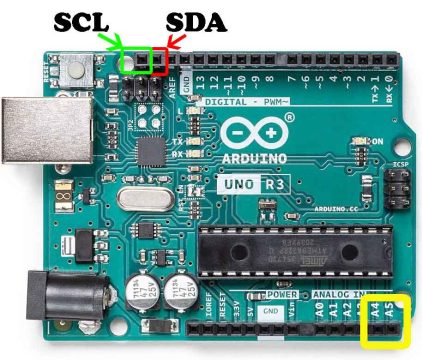 I2C is a versatile communication protocol and is widely used in a variety of applications, including temperature sensing, display control, and data logging. It is an important feature of the Arduino and can greatly expand the capabilities of your projects.

In fact, in  i2c based component have wires for power supply as well so there are total of  four wires are required for connection, “SCL”, “SDA”, “+ive”, and “-ive”.

Various sensors use the I2C communication method.  For example.

I2C communication is divided into a ” master ” that controls electronic components and a ” slave ” that is controlled by instructions from the ” master ” .

slave: electronic parts to be controlled. 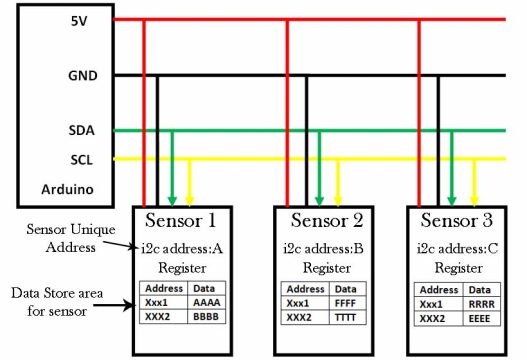 An easy way to use I2C-compatible electronic components with Arduino is to use a library.

* Standardly implemented in the IDE environment.

By using this library, each control function of I2C can be used.

After starting the Arduino IDE environment, you can use it by selecting

The functions of the Wire library are described below.

How to use Wire Library for I2C:

From here on, we will learn how to use this wire library in a real example.

In order to be able to use the control functions for I2C, write the following in the setup() function.

The procedure for sending data to the I2C device is as follows.

The procedure for receiving data from the I2C device is as follows.

Example: How to Print a message on i2c LCD using i2c Communication in Arduino:

An I2C 16×2 LCD is a liquid crystal display (LCD) that is driven by an I2C interface. The “16×2” in the name refers to the fact that the LCD has 16 columns and 2 rows of characters. The LCD is connected to an Arduino microcontroller using the I2C bus, which is a communication protocol that allows multiple devices to be connected to the same bus and communicate with each other. The Arduino can send commands and data to the LCD over the I2C bus, which the LCD can then use to display text or other information. 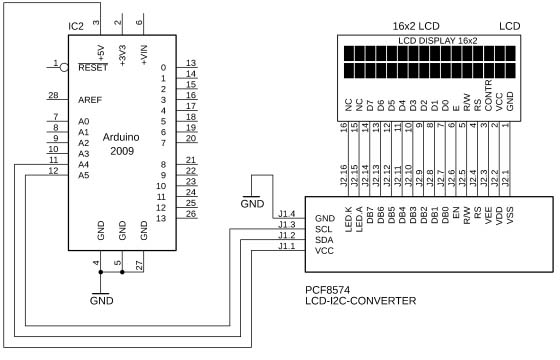 An I2C LCD backpack is a circuit board that is attached to the back of an LCD display and provides an I2C interface for controlling the display. The backpack connects to the LCD’s data pins (usually D4-D7), control pins (usually RS, RW, and E), and power pins (usually VCC and GND). It also includes an I2C bus connector, which allows the backpack to be connected to an I2C bus on a microcontroller or other device.

Using an I2C LCD backpack can simplify the process of connecting an LCD display to a microcontroller, as it eliminates the need for a separate set of data and control lines for each display. It also allows multiple displays to be connected to a single I2C bus, which can be useful if you want to use multiple displays in a project.

How to add library:

To add the I2C library to your Arduino project, follow these steps: 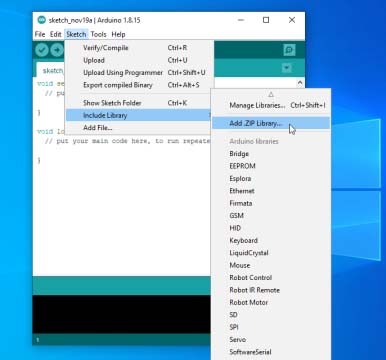 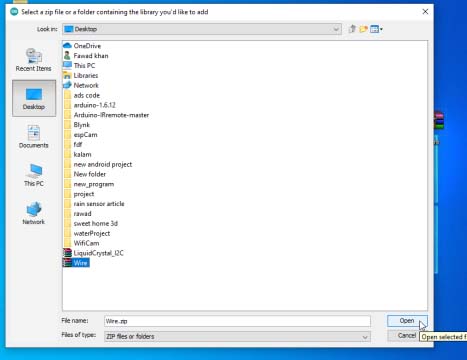 Feel free to comment if you have any questions or concerns. Arduino Basic Tutorial: Arduino UNO On board Components and Pinout