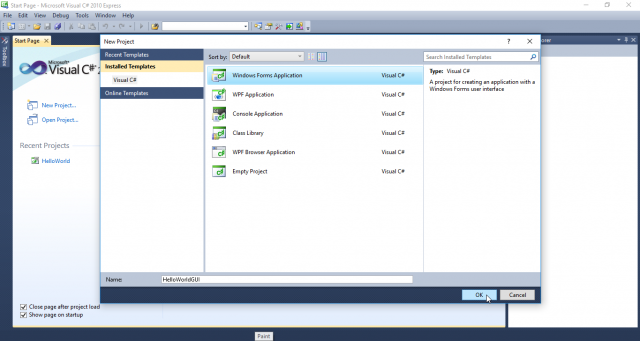 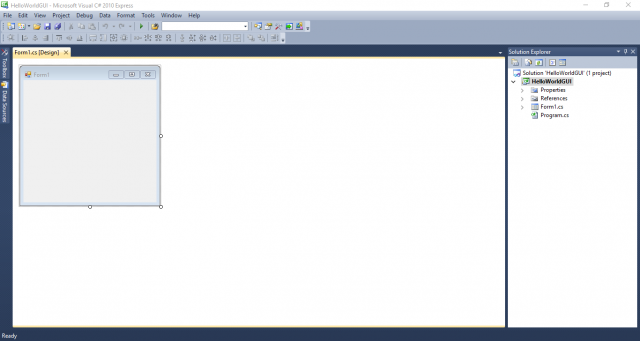 The Form1.cs file is automatically loaded for editing, but not in the code editor, but in the form designer.

To get some routine with the form designer, we will now use the title of the Change window, insert a label control to display a welcome text, and a button Offer to exit the application. First, let’s set up the IDE for further work with the designer: 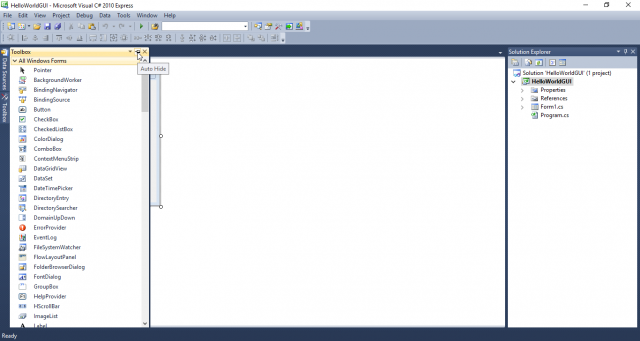 Next, we change the title and dimensions of the window:

In a non-editable text field (label), we output a short greeting text:

Finally, in addition to the Close button on the title bar, we also offer an OK button to exit the application.

To compile the project, all you need to do is call the corresponding Build command.

If the compiler detects that the source text is syntactically incorrect or that there are suspect area contains the error list window with error messages and warnings. Could Project can be created without any problems, the message Creation successful appears in the status bar.

Once the compilation is successful, you can run and test the application. To do this, you have to Don’t even leave the Visual C# environment, just invoke the Debug / Start command without debugging on. Of course, the application can also be started from the operating system level. The .exe file can be found in the project subdirectory in my case the path is C:\Users\Fawad khan\documents\visual studio 2010\Projects, if You created the project in the release or another configuration You can start it directly from Windows Explorer by double-clicking. 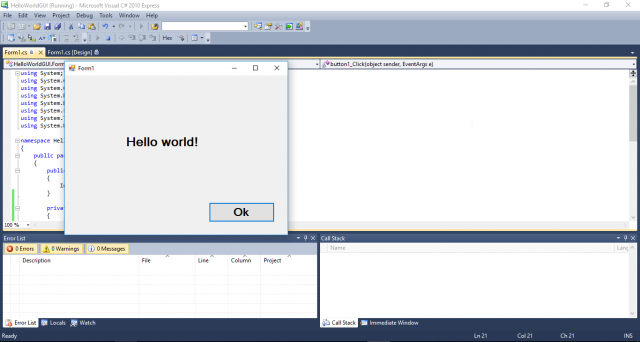 As you can see in the bottom error list there is no error is found and the form opened finely. When you press the ok button the form will be closed.