what is imaging in the java applet:

or by using the  get document base

we’ll be getting help from any one of these two methods so get code base and get document base these are the two API or methods used to collect the URL or pathname of the image object so code base or getCodeBase method retains the directory from this applet class file was loaded as a URL object.

so here are two different methods one is

displaying  image in java applet we need the  API or method that is drawImage so draw images are having different parameters so first one is the image object as you can see in the above example.

and the left, top, width, height and the pointer to be assigned to the image all these things are specified as different parameter along with drawImage.

so this is a simple example for displaying an image

First of all, we import the awt package and java applet package classes.

then we have specified the applet class name

then we create a paint method

actually the paint method with the support of graphics class drawing the image, so in actually we had seen drawText or drawstring for displaying strings on to the applet window here for displaying image in java applet, drawImages method used so draw image first argument or parameter is the image object name that is IMG then where to display the coordinate X and y coordinate value top and left value specified as any coordinator that is X & Y. X Y coordinates on 150, 50 then width and height of the applet window is specified, then specified that this point so on execution the applet window will display the img.jpg image just like this 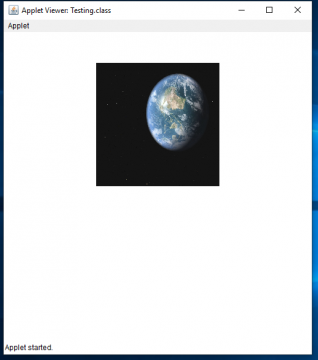 First of all I create the basic structure of html

Then inside body tag we write the  applet code

Then we specify the width and height of the display area.

The final output of displaying image in  java applet image: 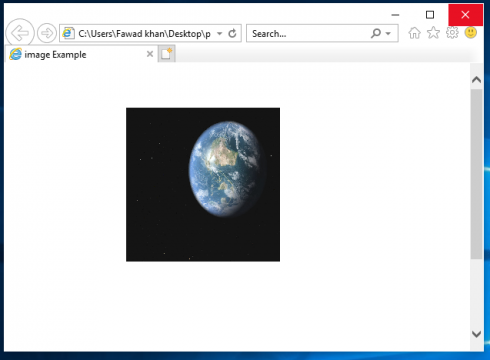