Java Scanner Class with Programming Examples using NetBeans- In Java programming, there are several classes that we can use to take input from the user, namely Scanner, BufferedReader, and JOptionPane, these three classes have the same function, but in JOptionPane, this class has a visual display or GUI. An application project certainly requires input data from the user to be processed into output, in Java we can create a program that allows the user to input data in a variable and print the results on the monitor screen.

In this tutorial, we will learn Java Scanner and its methods with the help of examples using netbeans.

The PrintWriter class of the java.io package can be used to write output data in a normally readable form (text).

The Scanner class of the java.util package is used to read input data from different sources such as input streams, users, files, etc. Let’s take an example.

To use a java Scanner class, we need to create an object from the java Scanner class, the class is in the package java.util.*, so we need to import the package first, after the package and object have been created, then we need a variable to hold the value input from users. We will make a simple program using a scanner, in the program the user is asked to input something, and the results will be printed using System.out.println() , try to look at the following example program.

Example 1: Using a java scanner class to read a line of text

In the above example, notice the following line

The System.in parameter is used to get input from standard input. Like getting input from the keyboard.

Now that you know something about java Scanner class, let’s explore it a little more.

As you can see from the above examples, we need to import the java.util.Scanner package before we can use the Scanner class.

As mentioned above, once the package is imported, the Scanner object can be created.

Here we have created objects of the Scanner class that will read input from InputStream, File, and String respectively.

The java Scanner class provides various methods that allow us to read out different types of input.

Example 4: How to use nextDouble() method of the Java Scanner Class

Example 5: next() method of the Java Scanner Class

Here, we provide the full string. However, the next() method only reads the string.

This is because the next() method reads the input up to a space character. As soon as a space is encountered, it returns the string (excluding spaces). As you can see in the below image only Programming is displayed.

In the first example, we used the nextLine() method to read the string from the user.

Unlike next() method, the nextLine() method reads the entire input line including spaces. Terminates when the method encounters the next line character \n.

The Java scanner can also be used to read big integers and big decimal numbers.

And when you enter the correct username and password, then it will show the following output

Example 9: How to create an array in java by taking input from the console: 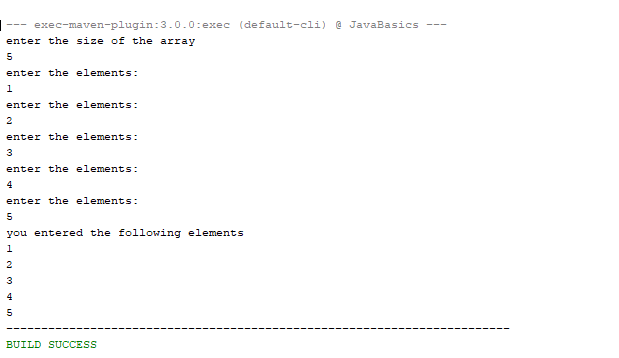 Example 10: How to use java scanner Class in switch case statement:

In this section, we will use the BufferedReader class, this class is in the java.io package , this class is used to get input from the user, almost the same as Scanner, the only difference is the way of writing the syntax.

To use this class, we must first import the following packages:

To make it easier, you can write it like this:

In the following example, there we create an object of the BufferedReader class, to get input from the user,  and then I used the readLine() method to read the data, and don’t forget to add a try-catch just in case something goes wrong during the input process.

Example 11: how to use BufferedReader class in java to get input from the user: 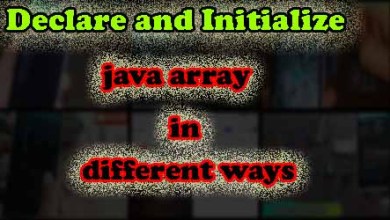 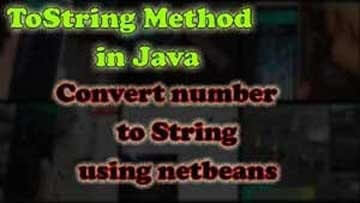 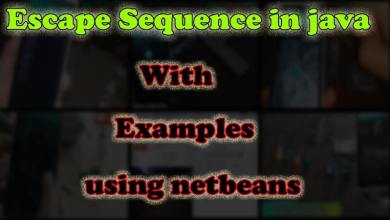