Creating First Visual Basic Project- in this first visual basic tutorial article, I am going to show you how to make a new project, and how to add buttons, labels on the form and then control with a click event in a very simple way

For Creating a new visual basic project simply click on the file menu, in the file menu simply click on new, in the new dropdown menu click on the project or simply press the Ctrl+Shift+N. In the New Project window that opens, a list of Installed Templates appears in the left column. These include templates for programming languages built into Visual Studio, including Visual Basic, Visual C#, Visual C++, Visual F#, and others. 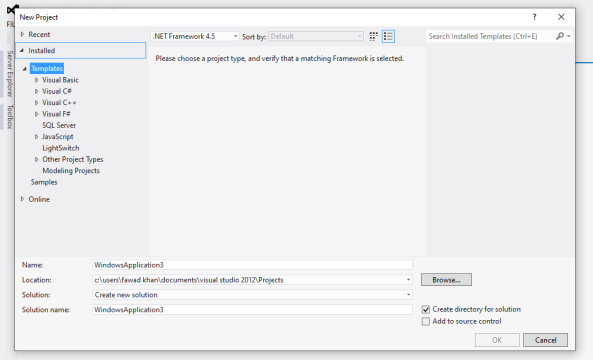 Select the Visual Basic language and then click on the Windows Forms Application template in the Templates area in the middle column.

Select the Visual Basic language and then click on the Windows Forms Application template in the Templates area in the middle column. 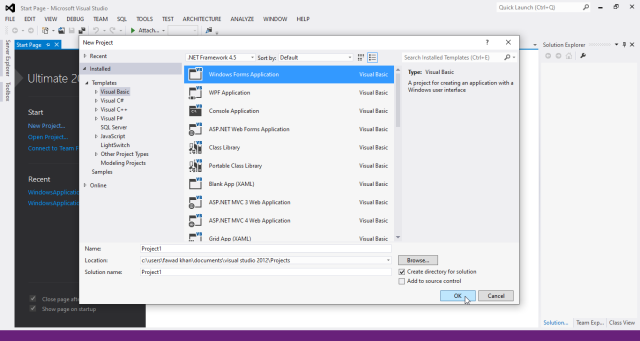 Now enter the project name Project1 and click on the OK button. The window result is shown in the below Figure. 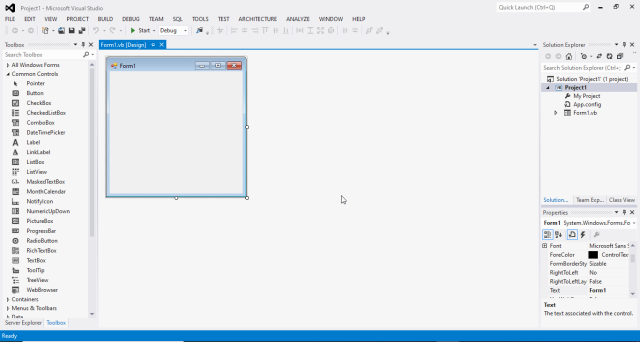 This window contains a display form – Form1, in which programmers arrange various components of the graphical user interface or, as they are otherwise called, controls. These are the text boxes for the TextBox, command buttons Buttons, lines of text in the form – Labels that cannot be edited by the user, and other controls. And here we use the most modern, so-called visual programming, which involves simple dragging and dropping into the form of certain elements from the Toolbox panel, where all kinds of controls are located. Thus, they try to minimize the direct writing of the program code.

In our first program, we will create a display with a caption, for example, “Programming Digest”. In addition to it, the form will contain a command button labeled “Click me”. Clicking the button will open a dialog box with the message “Hello Programming Digest!”

Now let’s add the named controls to the form. For this, we will need a Toolbox control panel. If at the moment you are not seeing this panel on the screen, you can add it, for example, using the <Ctrl> + <Alt> + <x> key combination or by executing the View | Toolbox. So add Label and Button to the form by double-clicking on these items in the Toolbox. 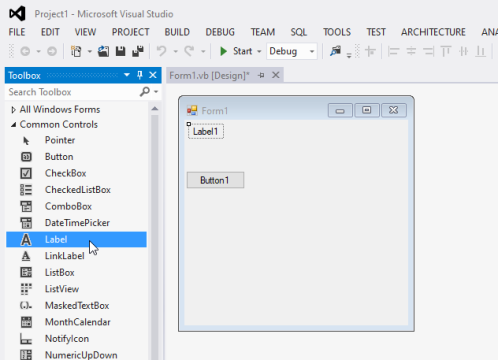 And then arrange them approximately as shown in the below figure. 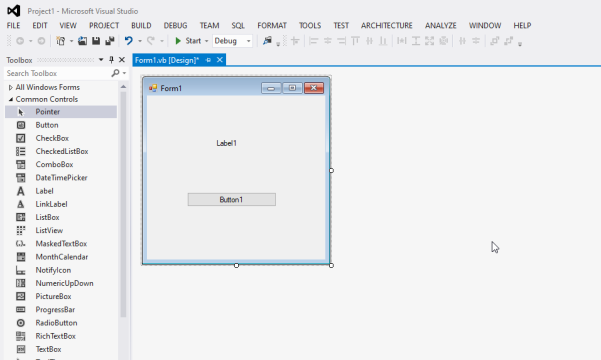 Any such object can be created independently, or you can use a ready-made one. In this project, we use ready-made visual objects that you can also just drag and drop from the control panel Toolbox into the form window.

Let’s get back to our project. For the Label1 object, select the Text property and write next to this field: Programming Digest(instead of the Label1 text) and set font size. 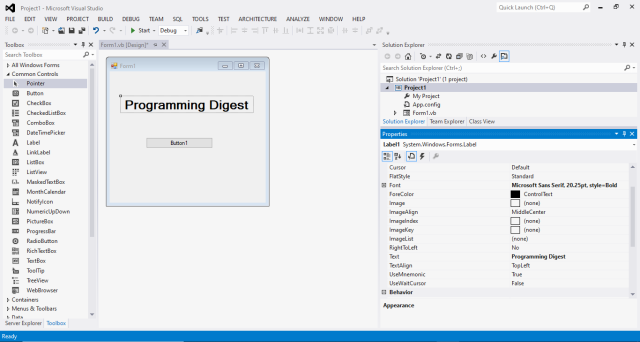 For the Button1 object, also in the Text property, write: Click me and set font size as per your requirement.

And change the button name from button1 to BtnClick

So that objects have properties, we already understood. You should also know that objects are handled by events. An event, for example, is a click on a button, a click within the form, loading (load) the form into RAM when the program starts, etc. Control an event by writing an event procedure in code. To do this, you first need to get an “empty” event handler (i.e., a software write). In our task, the only event we manage is the click of a command button. To get an empty handler for this event, double click on the  Button1  you will see the Form1.vb tab (see below Figure).

In the Form1.vb tab, we can see that the Visual Basic 12 managing environment has created four lines of code. The reader should not be horrified looking at this still incomprehensible code – gradually everything will become clear. So, in the above figure. shows the program code describing the “empty” handler of the BtnClick event mentioned by us between the lines Private Sub … and End Sub we can write commands to be executed after the user clicks on the command button.

As you can see, we now have two tabs: the tab of the program code Form1.vb and the tab of the visual design of the program (another name for this tab is the form designer) Form1.vb [Design]. You can switch between them with the mouse or by pressing the key combination <Ctrl> + <Tab>, as is customary for switching between tabs in Windows, as well as the <F7> function key.

Let me remind you that, according to the condition of the task, after clicking on the button, a dialog box should open with the message: “Hello Programming Digest!” To do this, between the two automatically generated lines Private Sub … and End Sub of the event handler we will write:

Thus, we have written a procedure to handle the Click event on Button1. Now press the play button or  <F5> key and check the program’s performance. 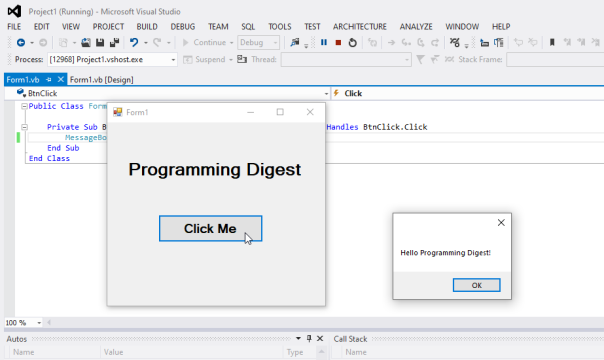 Congratulations, you have written your first program in MS Visual Basic 12! 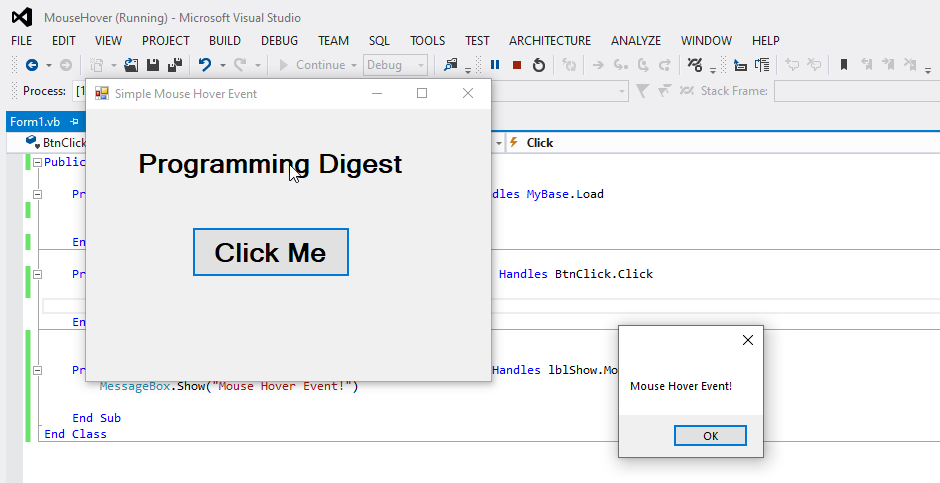